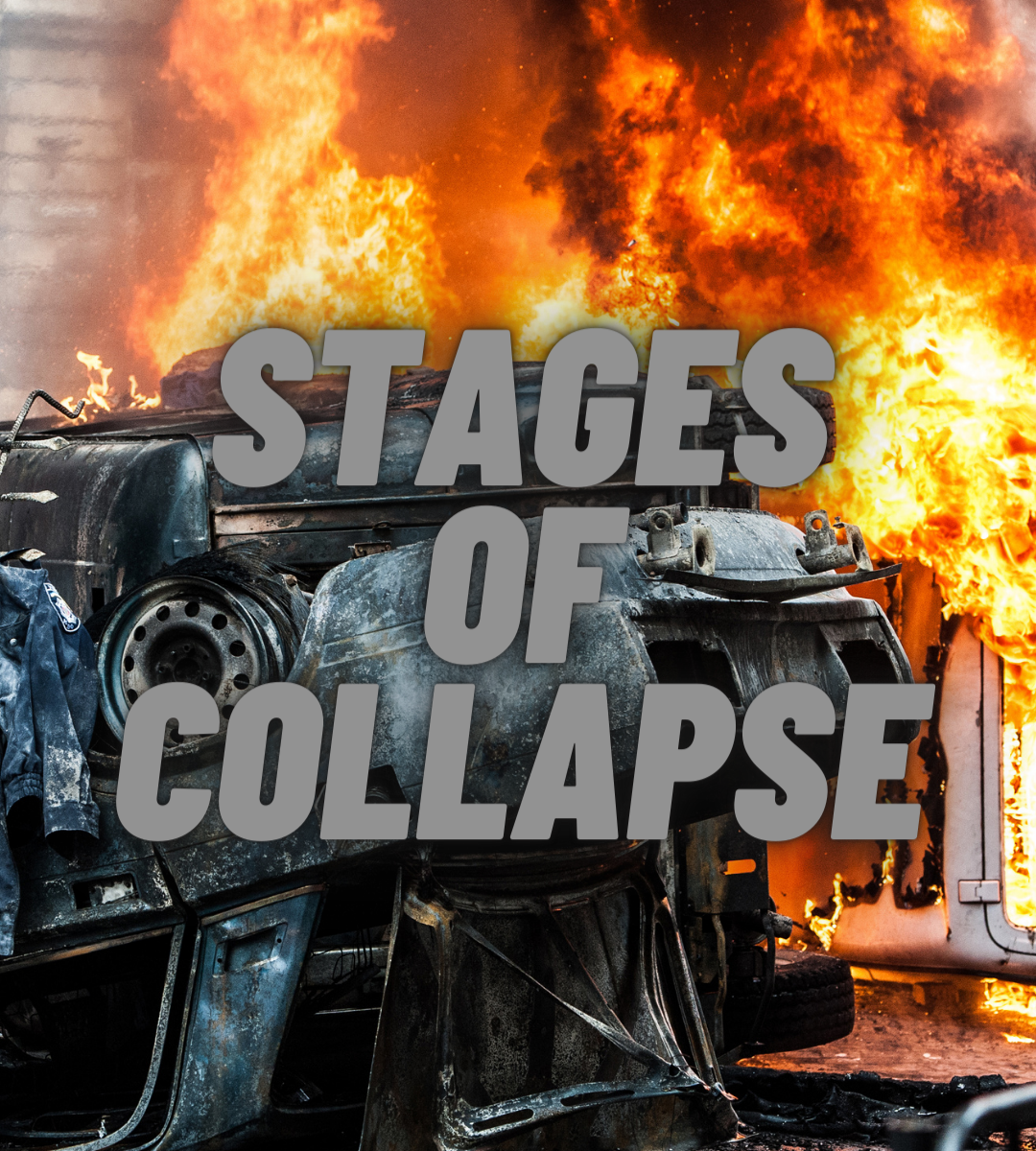 When your traveling especially to developing countries it is important to know the general state of affairs in the country your headed too. It is a good idea to start following the news for the area a week or two prior to your arrival. Generally speaking, it could be argued that all countries world wide in one of these stages of collapse in one way or another. Some start collapsing almost as soon as they were created.

These stages can range from creating minor inconveniences and altercations to complete collapse and war in the streets. If possible you should find out what the situation is like before traveling to your destination however some of the information you may not be able to find reliably until you’re there to witness it first hand.

This is barely a level of collapse but everything has to start somewhere. At this stage you could see minor political disputes between different group/party members, however people tend to leave it at the polls. You might have a heated discussion here or there but no one is disowning anyone over their views yet. At the government level you are likely to see some political grid lock and certain policies that parties are polar opposites on.

You are not going to see any real refugee issues, At this stage people who can, may move from where they are at to a location that more aligns with their views and those who cannot may casually look for other living options.

On the low end of stage 2 people may steal each others candidate/party signs, workplace disputes over politics may begin to happen, minor localized voter intimidation and unrest/protest/riots may occur depending on the location, how free or authoritarian the country is and, how contested the environment is.

At this stage, due to the above people who can will start fleeing the major cities and/or locations that don’t match their politics or points of view and those who cant but want to are actively looking for away to get out. Most people will still likely have a plan for when they get where they are going before they leave.

On the high end of stage two you may see large scale and wide spread riots, extremest groups may commit attacks such as bombings, assassinations, and other overt direct actions. In more authoritarian/dictatorial states uprisings may start to occur and freedom fighter/rebel organizations start to emerge. Covert financial support from foreign governments and outside groups may be taking place but you likely wont be able to tell unless your in the groups. (generally stage 2 consists of events and situations that can be handled by local law enforcement/national guard type units if they are available in that country) The military may also be used if they double as the police force in the given country.

Depending on the severity of the above events the refugees from high end stage 2 could be coming out with anything from what they can pack in their car (or a moving truck if they can still find them) down to nothing but the clothes on their back. They are leaving the city without a plan in most cases unless it was put in place prior, they just need/want to get out before its too late. You are seeing this in some regions of the United States right now as people become more desperate to flee certain cities or states. Those in this category have taken over many campgrounds and RV parks in the areas they want to move to until they can find a place to rent/buy. A lot of countries are this way today and you may find yourself traveling to or through them with little issues out side of specific regions.

This is generally when you start seeing the first signs of the government starting to loosing control. It will start with certain sections of their country and slowly spread as their resources get more strained. Guerrilla warfare/insurgencies may begin to take place. A good similarity to this is the wild west. The US government had the land and the government but they dint have the resources to keep control of all of it and the citizens in the west were for the most part on their own. Events in this stage could be as formal as states/cities, territories seceding from the home country or non governmental factions taking over control of a region, for instance the different cartels in Mexico and other countries or terrorist groups in Afghanistan. You may also start seeing foreign combatants showing up. This could be “unofficially” as advisors, or conducting covert direct action, but still in a less than overt capacity. Militias may be formed or forming as a defense for local neighborhoods, towns cities, villages etc. as the local law enforcement or government forces become unable to help and Gangs and criminal organizations operate more blatantly due to less fear of getting caught. Any refugees at this stage are likely coming out with nothing but the clothes on their back and have no plan for their life once they get out of the area.

Uniformed armies may be present, (Think Civil war). This could be the government army trying to squash an uprising or two factions fighting it out for control. There could also be international peacekeeping forces there as well as other relief efforts, and likely covert and minor overt operations taking place with international forces. Refugees have likely stopped at this point either because there is no one left to flee they have been stopped by force, or who is left has decided to stay and fight.

This is a war zone and if it hasn’t completely collapsed already it will soon, you will in all likelihood be seeing blatant and overt support from foreign governments. This will consist of financial support, possibly weapons and most likely other supply drops. You may see large uniformed forces either from the local country or international forces. Depending on the situation there will likely be covert or special operations from a range of countries taking place in one way or another.

If you enjoyed this post take a look at our TRUSTED RESOURCES page. If you decide to use any of the links and purchase anything we may get  a small commission that helps support the site.